Earlier this summer I took my German friend who is staying with us to the Arboretum in Svinvika, abour five minutes by car away from our farm. It was just the right time, as most flowers were in bloom. Located on a hill by the fjord, the arboretum was founded in the 1940s and is known for its big collection of various species of Rhododendrons. They also have various trees and other plants from all over the world. 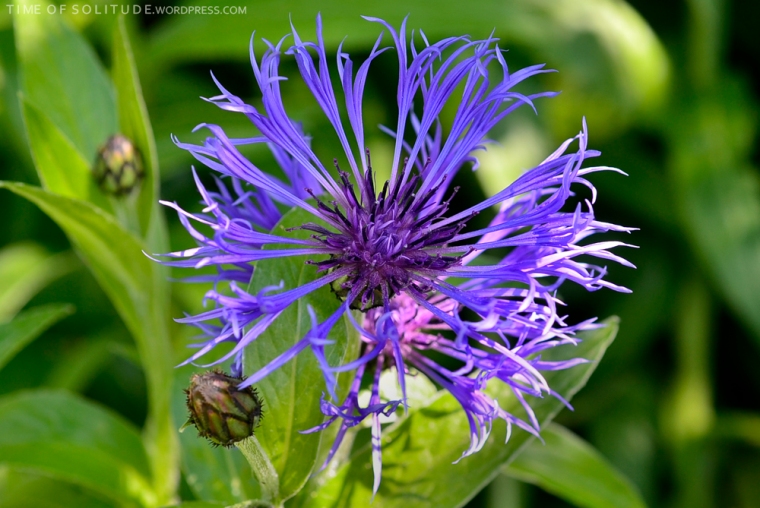 I haven’t been there in years despite it being so close to our home. But the childhood memories were vivid as I once again strolled along the narrow gravel paths through the forest. Memories of playing chase and hide and seek in between the trees on a sunny summer day, and buying ice cream in the cafeteria.
Not so much admiring the flowers though. 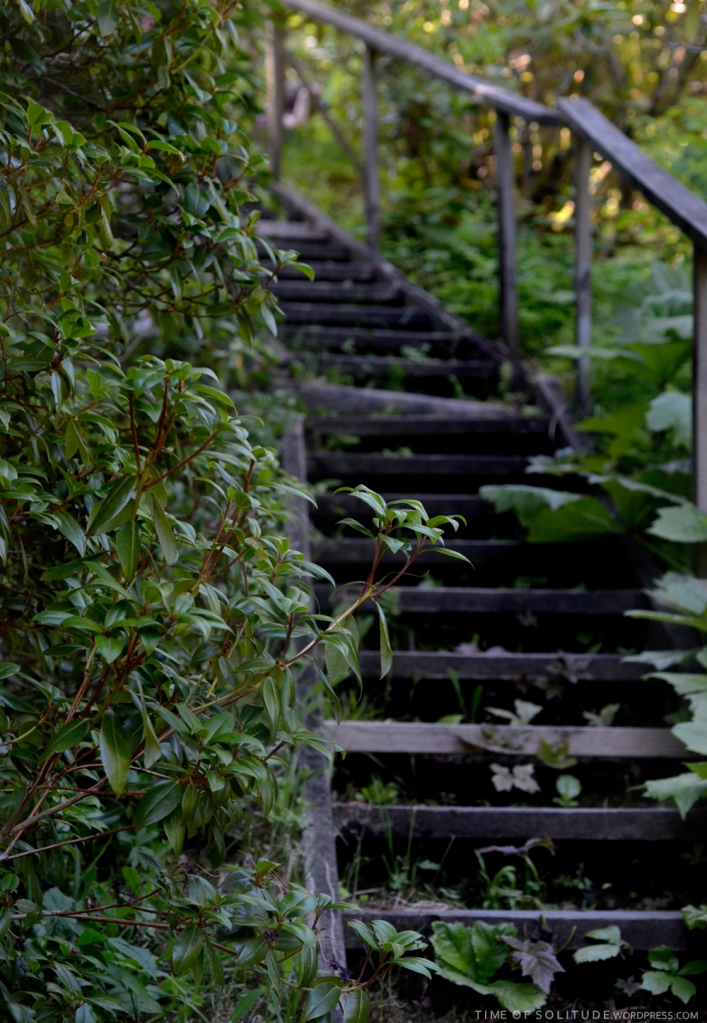 I only brought my 60mm lens this day, thinking it would be enough. It’s my favourite for closeups, but it’s of course nearly useless for landscapes.
I tried to get an overview photo of the place, the tiny farm where it all started, with my back to the exotic forest. 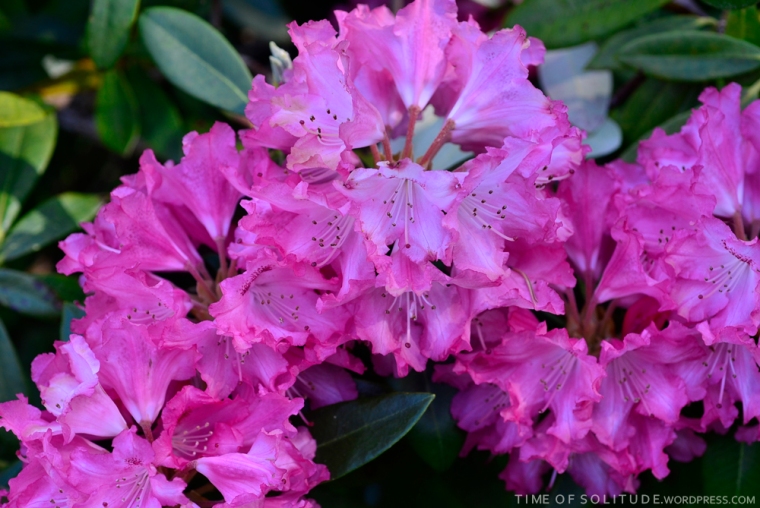 Quite a few of the Rhododendrons had already finished blooming, but there were several bushes and trees still in full colour. Mostly pink and white ones, but also some red, purple and yellow. Some of the Rhododendron trees/bushes were planted there in the 50’s ans 60’s, I read on their descriptions! I had no idea that they could live that long! 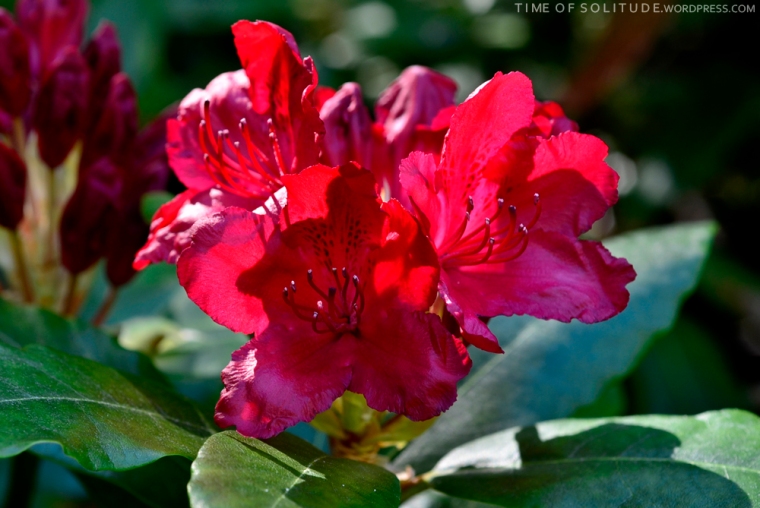 Being late afternoon, the south side of the wooden hill was already in shadows, only with a few rays of sunshine seeping through the roof of branches, making photography both difficult and intriguing. 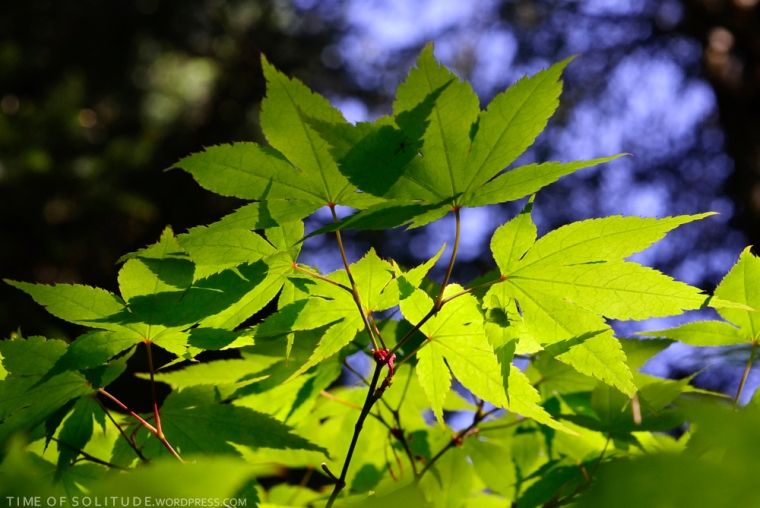 On the northern side of the hill, the paths are narrow and steep, criss-crossing their way down towards the water. The huge exotic trees makes it look kind of like a jungle, or a forest in some foreign country.. 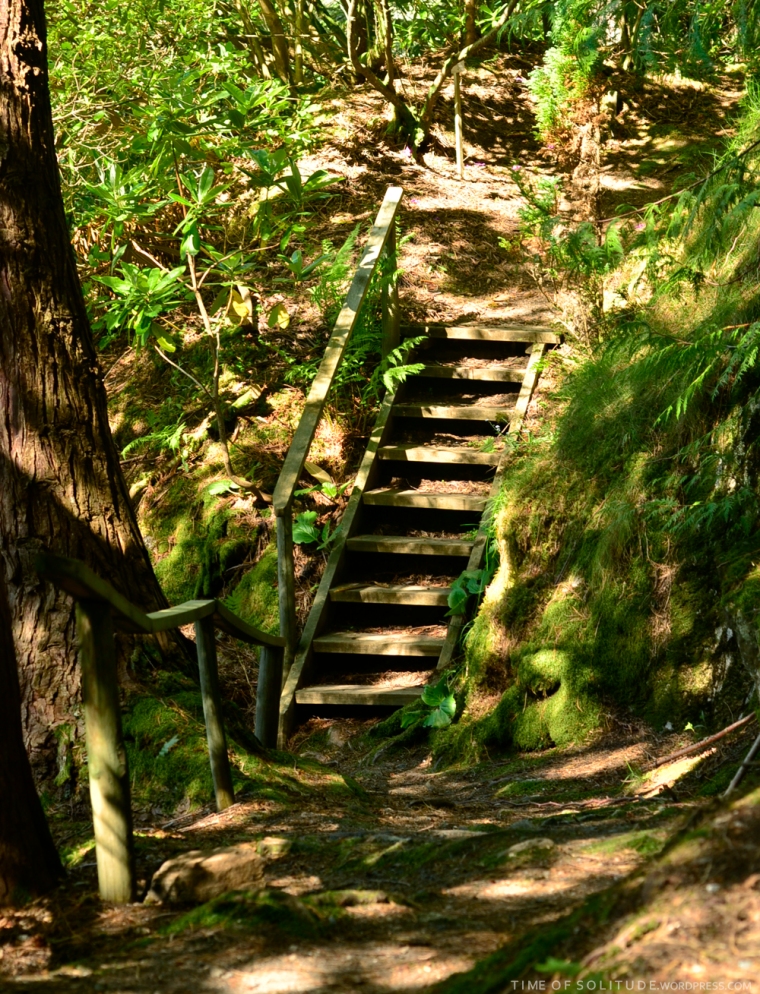 I found more flowers in the garden by the house, but at this point I was so tired of the burning hot sun, and impatient to find somewhere to sit down in the shadows. So the photos didn’t turn out too great, and I didn’t spend too much time trying either. But oh well, I can try again next year.

I kinda like the photo below though, although it turned out a bit too bright and yellow (I did correct it a bit in Photoshop, but not enough it seems). I like all the different shades of pink, and how smooth the transition to the yellow ones is.